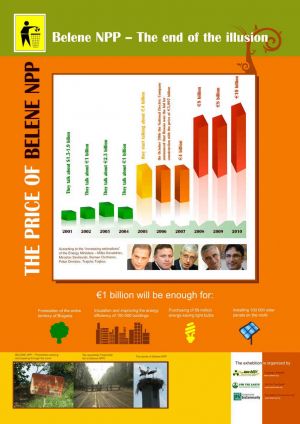 Costs of the Belene NPP 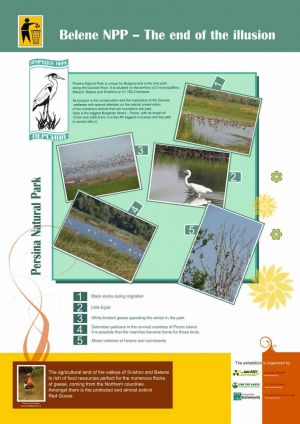 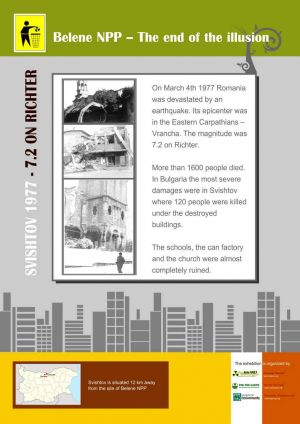 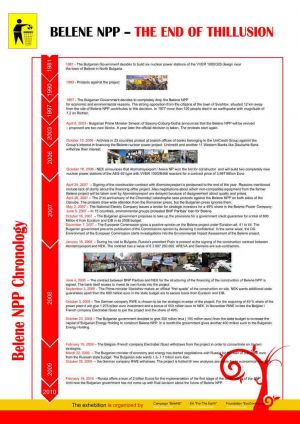 The Chronology of Belene NPP Project

Belene NPP was a planned nuclear power plant project that was started in the 1980s, cancelled at the beginning of the 1990s, revived in 2003, froze in 2010 and officially quitted in March 2012.

The project Belene NPP was started in 1981 when the government decided to build 6 nuclear units on the Danube river. When the communist rule was over it became clear that the project is not economically viable and was dropped in 1992.

The Bulgarian Academy of Science published a research called “The white book” in which detailed arguments were given showing the seismic risk and the lack of economical viability of the project.

The local opposition against the project was strong at the time of the first stopping of the project at the beginning of the 90’s. Once again at the project revival the local activists gathered forces with local environmental NGOs like Foundation for Environment and Agriculture (FEA) and citizens committee for protection of Svishtov, national NGOs like Za Zemyata, Ekoglasnost, Green Policy Institute, political party ‘Zelenite’ (The Greens), and international anti-nuclear groups and NGOs. The battle started once again vigorously.

The decision of the government was announced abruptly, without any discussions or public consultations. It was taken without a cost-benefit analysis or analysis of the energy sector of Bulgaria. The decision of the government was a way to go around the law – it was for “prolongation” of the old project instead of decision for a new construction of NPP with new procedures, tender for technology and Environmental Impact Assessment. Thus it was clear that the only technology that could be applied at the old site was the Russian design WWER-1000. All other potential participants in the tender procedure were automatically excluded which made the tender procedure fake. The construction contract for the new (old) project with Atomstroyexport has never been published and the Bulgarian population and the advocacies bodies like NGOs has never been informed about the official information on it.

Problems with the Belene NPP

The problems with the Belene NPP project were numerous but even so it had received the governmental support.

- seismic zone The site of Belene is in a seismically active zone – in 1977 in an earthquake 120 people died only 12 km away – in the town of Svishtov. The area is located at the Vrancea fault line zone which is very active during last centuries. The ‘White book’ of the project made by Bulgarian academy of sciences is very concrete on this point. -The project was not economically viable – the projected costs were stated and contracted at 4 billion Euro at the beginning but the actual estimation at the end of the project exceeded 10 billion Euro. And the calculation is not including the money for the grid, spent fuel and RAW management, etc.

-technical design The technical design chosen for the reactor was Russian one that had never been tested before – so even though the propaganda was that the proposed rectors are safe – there was never a proof for that. (not that such thing as “safe nuclear reactor” exists, given the fact that nuclear accidents keep happening in the world).This new reactor type has so far not been licensed in Europe.

-manipulated and fake procedures There were also severe problems with the procedures – the tender for choosing a company for the construction of the NPP was manipulated, allowing only Russian companies to be eligible (see above). The Environmental Impact assessment was very expensive but not properly done – it had no emergency plans, no plans for the spent fuel and the decommissioning issues, and it was carried out without idea of which reactor design will be chosen.

-energy demand Bulgaria had no need for a new nuclear reactor for its energy balance – the project was developed with the intention of selling electricity to external markets. There was no contract with a neighboring or other country that would be willing to buy electricity from Belene.

-energy dependence The Belene NPP project did not decrease the energy dependence of Bulgaria on Russia, but even increase the dependence, because of the Russian nuclear fuel it need. On the contrarily – in Russia the project was presented as a breakthrough of the Russian technology in EU. The Russian ambassador in Brussels Vladimir Chizhov even stated in 2006 that he counts on Bulgaria to be the Trojan horse of Russia in EU in relation with Belene project.

On 30th October 2006 the tender for constructer was won by the Russian company Atomstroyexport with a price of 3.997 billion Euros. The pre-condition was that the old equipment of the Belene site would be used. Later it became clear that the old equipment could no longer be of any use – a fact that the experts claimed before the so called “tender procedure”.

In 2009 the Russian company officially offered a price of 6 billion Euros. This is typical for a nuclear project - a law price is offered at the beginning of the project and then with numerous annexes and additional agreements the price increases dramatically. The arguments used for this escalation of the price were: different index applied, increased construction and material costs, inflation, etc.

The offer of Atomstroyeksport did not allow calculation of the final price of the construction. Also there was no assessment of how much would cost the additional infrastructure needed – without it the NPP would not operate.

Later, in 2011 the Bulgarian government announced a tender for economical analysis of Belene NPP. The chosen company was the British bank HSBC. According to its report the actual price of the project is 10.352 billion Euros.

This is one of the many examples of how corrupted the project was from its very beginning. The economical analysis was ordered by the Bulgarian authorities after the improper spending of over 1 billion of euro. It should have been ordered when the idea of construction of a NPP occurred in order to assess the economical grounds and financial scheme that would provide the money for such mega-project.

On 29th November 2006 an Agreement was signed between the Bulgarian National Electric Company and Atomstroyexport, binding the companies to sign a future contract for engineering, supply and construction.

The deadline for this contract was numerously prolonged but till the end of 2011 the contract was still not signed. During the 5-year period of “construction” of Belene NPP there was no final contract between the stakeholders and nobody knew the final price of the project. This was a drastic example for robbery of public funds.

With annexes to the Agreement of 29th November 2006 different parts for the nuclear power plant were ordered – including equipment for production cycle, technical documentation, etc. Significant financial engagements were taken without the provision of the necessary funds.

On 10th June 2008 NEC and Atomstroysksport sign Annex №3 to the Agreement from 2006 in which they defined the activities that would not be integrated in the project – for removal of the buildings and the existing constructions. This cost additional 100 million euro that were not part of the Agreement but were contracted with Annex 3.

During the signing of all additional annexes the project did not have license of the Bulgarian Nuclear regulator. Despite this the two companies signed in 2008 Annex №5 - for the making of equipment with long production cycle for Unit 1 and 2. In this annex the basic equipment is included (the reactor vessel, steam generators, passive-defense systems, cranes, etc.). The overall price of the equipment exceeds additional 500 million euro.

The used tactics for signing additional annexes led to spending of over 800 million from the State budget. Another lie was that Russian company was chosen because it would buy off the old equipment for 205 million euro – the initial agreement for that was signed in 2008, prolonged till 2011 but never fulfilled to its full extent.

The campaign against the Belene NPP was on local, national and international level. Local citizens kept opposing and spreading information in the towns and villages surrounding the NPP. The NGOs formed a coalition called “No to BeleNE” or just ‘BeleNE!’ with more than 17 Bulgarian organization involved. Local groups and NGOs from Romanian side participated in the campaign. International organizations like Greenpeace, Friends of the Earth, Bankwatch, European Greens, Urgewald, Campagna per la Riforma della Banca Mondiale and others did an amazing job spreading the information to the foreign banks and potential investors, supporting the campaign on international level and providing information and tools for lobbing.

Several court cases were undertaken and they delayed the project with 3-4 years. First the decision of the government for construction was appealed in court. Then the decision for approval of the EIA was appealed. The Macedonian NGO EcoSvest filed a complaint at the Sofia High Administrative Court because Macedonia was not informed of the project under the Espoo Convention. Bulgaria informed only Romania for its intentions. The court cases were lost but they delayed to a great extent the developments of the project.

One of the key issues was finding the finances for the construction. After an international campaign 12 Western banks withdrew their initial interest for participation - like Deutsche Bank and UniCredit Group. The campaign was in direct actions in front the branches of the banks in 22 European cities or with mass sending of letters to the ED of the banks. Useful was also the participation during the AGMs of the stakeholders of the banks or the potential investors.

Constant anti-nuclear work was done by the Bulgarian NGOs. Throughout the years there were protests, media events, press-conferences, exhibitions, info-tours, meetings with politicians, MPs and mayors, constant official requests for information and court cases, etc. The nuclear lobby in Bulgaria is strong and everything around it is not transparent. There were threats and pressure over the anti-nuclear activists but they kept going.

In 2008 the strategic investor for the project was chosen between 10 companies that stated their interest. The German company RWE was chosen. A campaign in Germany followed this decision. Activists participated in the AGM, the German anti-nuclear movement strongly criticised the involvement of RWE in the risky project. One year later the company decided to withdraw from the project. The Bulgarian state gave money from the state budget for the project. Immediately an appeal for illegal state aid was file to the European commission.

In 2009 the Belene project was frozen for revision by the new government. But the negotiation process was still going followed by several meetings on high political and expert level.

In March 2012 the Belene NPP project was officially quitted by the government.

Still additional payments of 140 million euro need to be paid for “completion” of the first ordered reactor, a loan of 250 million euro have to be paid to BNP Paribas. Also there will be payments for the potential court case between the Russian and the Bulgarian side.

The Belene NPP project is an example for debunking of the myth for “cheap” nuclear energy. The Bulgarian tax payers, citizens of the country with the lowest income in EU, were forced to pay over 1 billion euro for a dangerous and unneeded construction of nuclear power plant. And they paid it for a construction site called by the prime-minister in 2011 “a water hole”. All agreements between NEC and Atomstroyeksport, as well as the transferred payments of over 810 million euro are done in violation of the Public procurement law. This was found during an inspection from the State Financial Agency, whose report was published in April 2012.

However the inspection did not compile an act of violation due to the fact that three years had past since the violation and this was beyond the limitation period.

Belene NPP is the biggest robbery in the newest Bulgarian history. The way the state budget was drained off could be in a textbook about corruption practices.

Some powerful political groups and energy lobbyists not quitted yet on the idea to build Belene NPP and even started to collect signatures, demanding for a national referendum.