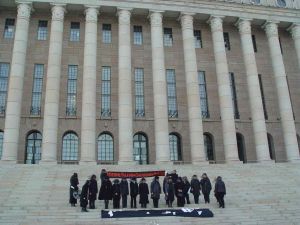 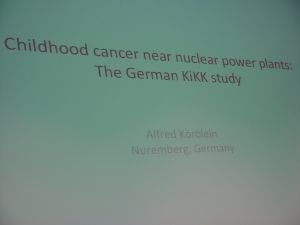 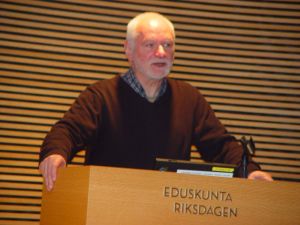 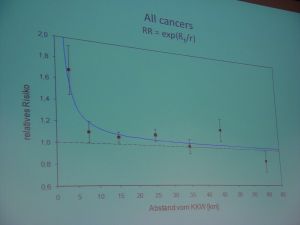 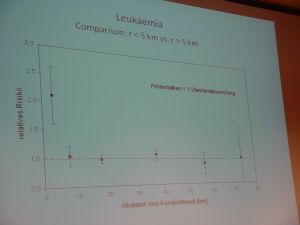 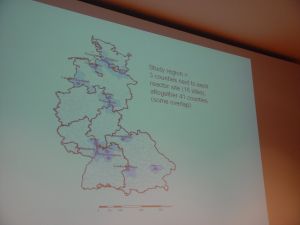 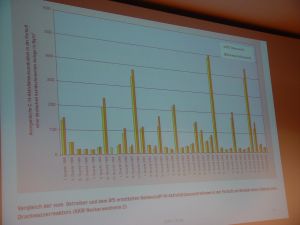 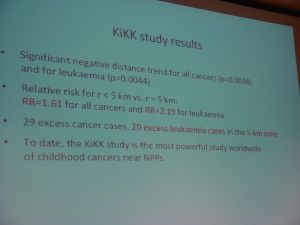 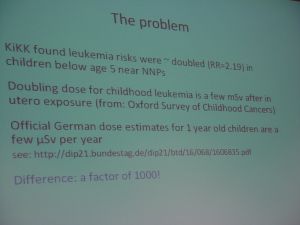 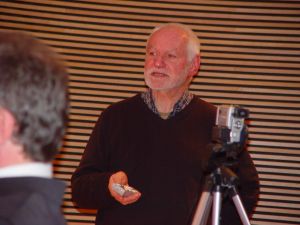 There is a scientific debate if nuclear plants cause Leukemia on children. Several studies were made on this topic.

The biggest leukemia cluster on children worldwide is in the Elbmarsch, a region where two nuclear facilities are. One is the nuclear plant Krümmel (currently offline due to an incident 2007), the other is the GKSS, a nuclear research lab. There are rumors about an accident in the GKSS in the 80s that may be the cause of the leukemia cluster.

Official studies denied that the cause of the leukemia was one of the nuclear facilities, although they cannot provide any alternative explanation.

The german environmental ministry published a study on leukemia in 1997, called the Michaelis study. It was published by the childrens cancer register in Mainz and came to the conclusion that there is no correlation between nuclear plants and leukemia.

Prof. Körblein (a scientist opposed to nuclear power) from the environmental institute Munich had a deeper look at the results [1] and noticed that the study included several already shutdown plants or very small research plants. He then recalculated the results by only including the running commercial nuclear plants in germany and came to results that showed a clear correlation between the plants and leukemia. The results of Prof. Körblein didn't receive much public attention.

The IPPNW local group Ulm did some own research about leukemia specifically around the nuclear plant Gundremmingen in Bavaria. Their campaigns were one of the reasons for a new, very detailied study (the KiKK study) that was published 2007.

Due to pressure based on previous results, the german authorities made a new, much more detailed study that was published 2007. This study, unlike previous ones, clearly showed that there's an increasig number of leukemia in a 5 kilometer radius around nuclear plants.

The reaction of the authorities was mainly denying and ignoring. The main argument was that there is no medical explanation for such high leukemia rates due to the low radiation caused by nuclear plants.

The more obvious conclusion, that either lower radiation is much more dangerous than known or that it's caused by some unknown effect from nuclear plants, is not investigated further.