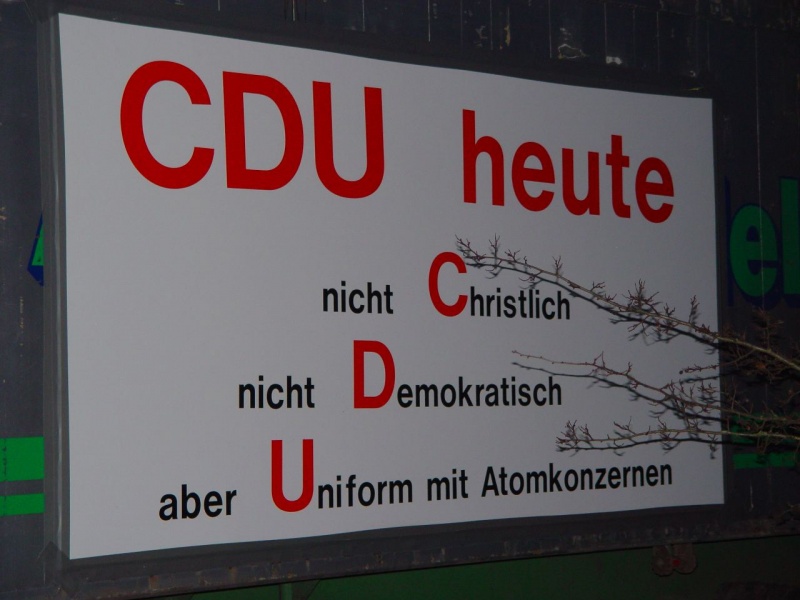 The CDU is the Christian Democratic Union, one of the major parties in Germany. Currently - Castor transport 2010 - it is the bigger partner party in the German government. The CDU is officially a pro-nuclear party.