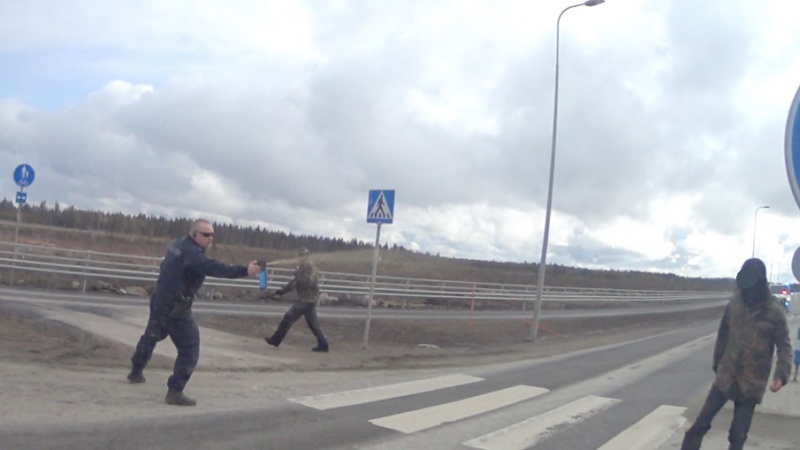 On April 22, 2016 Finnish police immediately attacked activists with pepper spray who were preparing a lock-on action. This violence of this kind has been the response of a police that can't deal with the number of successful small actions that occurred in protest against Fennovoima's destruction of the Hanhikivi peninsula in Pyhäjoki in order to construct a nuclear power plant.

The following 4 pages use this file: