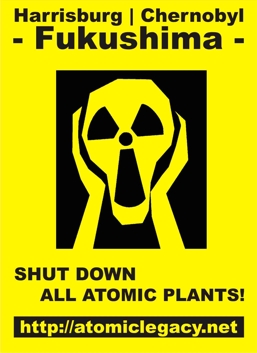 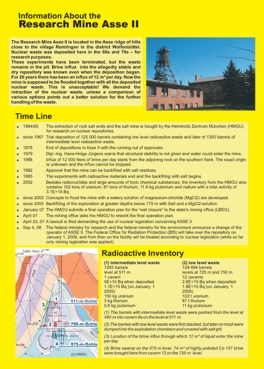 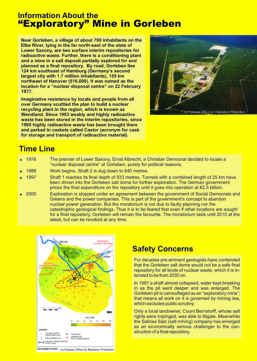 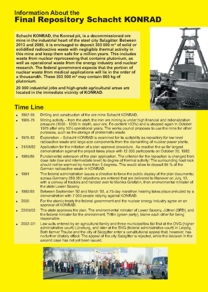 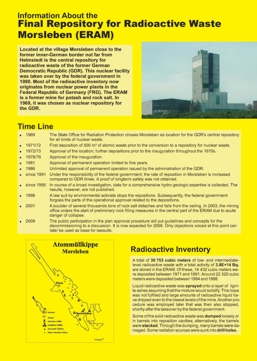 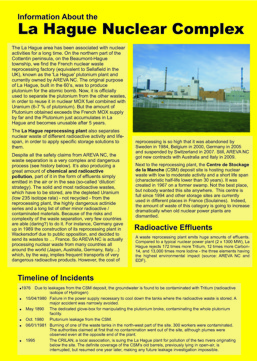 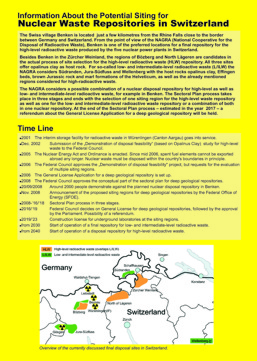 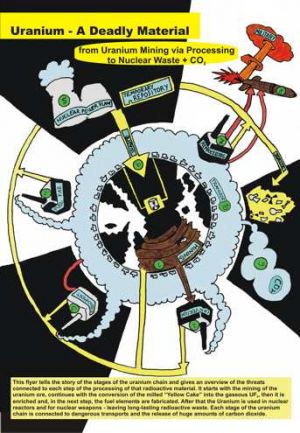 Based on photos and historical documents this lecture provides an extensive introduction to the history of the so-called "final" repository Morsleben. All relevant aspects examined by the "Morsleben project" will be discussed in this event. The experience with this presentation showed us that this is a "heavy" information event due to the mass of facts and documents. It is not recommended for an audience looking for a "light" slide show to be lulled by.
The slide show can be downloaded here, though the scanned documents and photos need some coments by a speaker to get the meaning of them.
The slide show includes copies of documents of the German Federal Archives that can only be copied, distributed and used with permission of the Federal Archives. Thus, you must not use them besides for the information events the slides are supposed to be provided for.
The slides are currently only provided in German, but the presentation can be held in English, too.
Duration: some 1 1/2 to 3 hours (including breaks)
Technical requirements: digital projector & screen, computer/laptop
Slides: (about 49 MB) German

This is slide show on the resistance against the repository in Morsleben is shorter and less information overloaded compared to the "Einblicke in die Tiefen eines Endlagers".
Also here an introduction to the history of the so-called "final" repository is provided based in photos and historical documents. The main focus are the phases of the resistance. The presentation provides an impression of the diversity and explains the backgrounds of the criticism on the nuclear waste dump.
The slide show can be downloaded here, though the scanned documents and photos need some coments by a speaker to get the meaning of them. The additional list of key points capability to compensate this aspect is very limited.
The slide show includes copies of documents of the German Federal Archives that can only be copied, distributed and used with permission of the Federal Archives. Thus, you must not use them besides for the information events the slides are supposed to be provided for.
Duration: some 1 1/2 to 2 hours (including breaks)
Technical requirements: digital projector & screen, computer/laptop
Slides: (about 56 MB) German
List of key points: German