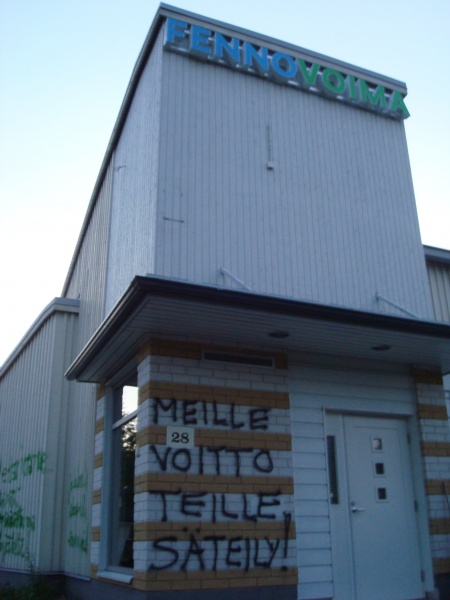 Fennovoima is a Finnish company of a big number of local electricity companies and with the German EON company as a main stakeholder. They want to establish a third nuclear reactor site in Finland besides Olkiluoto and Lovisa. In Simo the Mayor welcomed Fennovoima and the idea of a NPP at this location.

On July 24, 2009 obviously anti-nuclear activists attacked the Fennovoima office in Simo. The graffitis say "We take the profits, you get the radiation" and "We offer you cancer, radioactive waste, environmental destruction...a warm feeling for future generations".

This was the first action against atomic power in Lapland. Hopefully these won't be the last direct actions against the nuclear industry in the North of Finland...

The following 6 pages use this file: