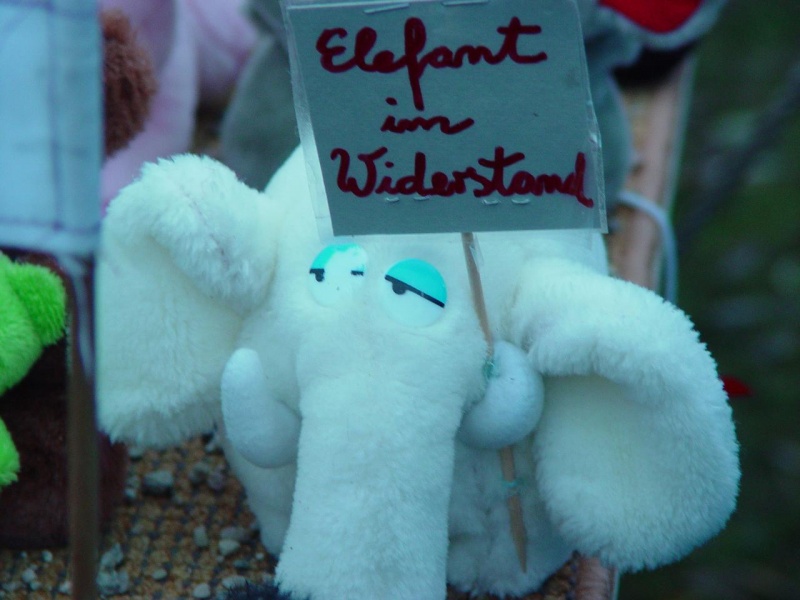 The banner says:
"An elephant joining the resistance"