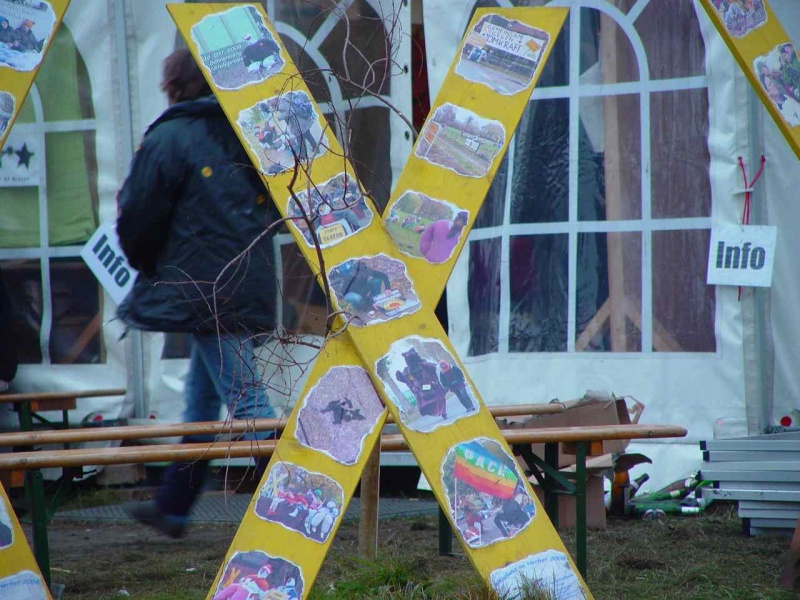 Info point Essowiese - information tent.
The "X" is symbolizing the resistance against the Castor transports.